The Federal Aviation Administration has ordered airlines to test cabin altitude pressure switches in all Boeing 737s, saying some operators have reported that both switches on several aircraft had failed.

The FAA has issued an airworthiness directive (AD) requiring the tests due to “possible failures of the cabin altitude pressure switches”, the FAA says on 15 July. 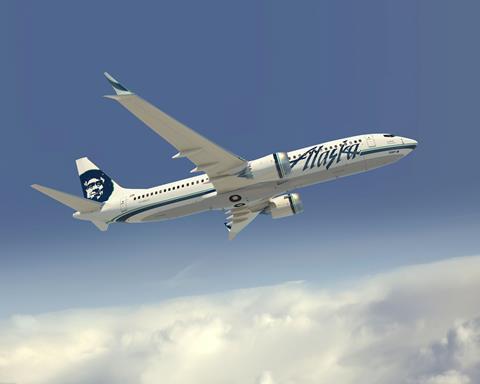 “This AD was prompted by reports of latent failures of the cabin altitude pressure switches. This AD requires repetitive functional tests of the pressure switches, and on-condition actions, including replacement, if necessary,” the AD says.

The order is to take effect on 20 July. It applies to “all Boeing 737 series airplanes”, including 2,502 jets registered in the USA and 9,315 aircraft globally. The FAA notes that the concern is “unrelated” to previous issues involving the 737 Max and that jet’s return to service.

Under the order, operators must test the switches before the jets fly for 2000h, or within 90 days. They must also repeat tests at intervals not exceeding 2000h of flight.

“Safety is our highest priority, and we fully support the FAA’s direction, which makes mandatory the inspection interval that we issued to the fleet in June,” Boeing says.

In June the airframer issued operators with guidance about the concern and with procedures for testing the switches.

Cabin altitude pressure switches are intended to activate if allowable “cabin pressure altitude has been exceeded”, sending warning messages to pilots. But when the switches fail, they do so “latently”, meaning failures are unknown to pilots or technicians, the AD says.

In 2012, The FAA required all 737s have two switches for redundancy.

But more reported failures have been reported.

“In September 2020, an operator reported that on three of its airplanes, both pressure switches failed the on-wing functional test. The affected switches were on three different models of the Boeing 737,” the AD says.

Boeing investigated, and in November 2020 determined that the “failures were not a safety issue”.

The FAA disagreed, and Boeing changed its conclusion.

“Subsequent investigation and analysis led the FAA and the airplane manufacturer to determine, in May of 2021, that the failure rate of both switches is much higher than initially estimated, and therefore does pose a safety issue,” the AD says.

The FAA has not determined what is causing the switch failures.

“A latent failure of both pressure switches could result in the loss of cabin altitude warning, which could delay flight crew recognition of a lack of cabin pressurisation, and result in incapacitation of the flight crew due to hypoxia,” says the AD. “Therefore, addressing these failures requires immediate action.”

The switch tests required by the FAA’s order take about 30-60min to complete, and replacing switches takes only 15min, says a source familiar with the matter.