One of the most newsworthy events relating to the use of unmanned air vehicles (UAVs) came in December 2018, when drone sightings disrupted operations at London Gatwick airport, bringing it to a standstill in the busy days leading up to the Christmas holidays.

Although protection of airports has been a concern for regulators, travellers, airports and law enforcement agencies for years, the ­somewhat tardy response of the authorities highlighted the fact that practical solutions had not been put in place to deal with such an event.

While no details have been released on who was flying the drones, how many there were or what became of them, the disruption was an embarrassment to the UK government. A subsequent December sighting at London Heathrow airport only added to the chaos.

More broadly, the use of drones per se – either for recreational or commercial use – is not as contentious as it once was, if only because increasing familiarity is softening objections. However, the management of this burgeoning activity is clearly becoming a matter for urgent attention.

The Gatwick event flagged up two issues. Firstly, the government lacks powers to counter UAV threats; and there is clearly a lack of infrastructure and technology in place to identify, track and neutralise malicious drones that enter sensitive airspace.

Work is under way to approach the first issue and has been for some time. The UK government plans to introduce a so-called Drone Bill, to make a legislative response to the prevalence of this technology. Its second reading in Parliament has been delayed, but interim measures were rapidly introduced following the Gatwick event. On 13 March, the no-fly zone surrounding airports was extended from 0.5nm (1km) to 2.7nm, which was one measure expected from the Drone Bill.

Karen Dee, chief executive of the Airport Operators Association (AOA), says: “Drones are a great new technology and are likely to bring many benefits to the UK and aviation specifically. To achieve these benefits, we must ensure drones are operated safely and pose no risk or disruption to air traffic and airports.

“Having called for an extension to the no-fly zone around airports, the AOA welcomes that an extended zone will now be in force.”

From 30 November this year, drone operators will have to register and drone pilots will need to complete an online competency test. A Department for Transport consultation document outlining potential responses to the drone threat published earlier this year – The Future of Drones in the UK – also highlights government work with manufacturers to “help make sure drones are used in accordance with the law”.

Earlier this year, UK aviation minister Baroness Sugg noted that while extending the no-fly zone around airports would not prevent a deliberate incident, “it is important that proportionate measures are in place to help protect all arriving and departing aircraft using our aerodromes and avoid potential conflict with legitimate drone activity”. The government, Sugg added, will be able “to expedite detailed policy work” to develop means to allow more extensive counter-drone technologies. 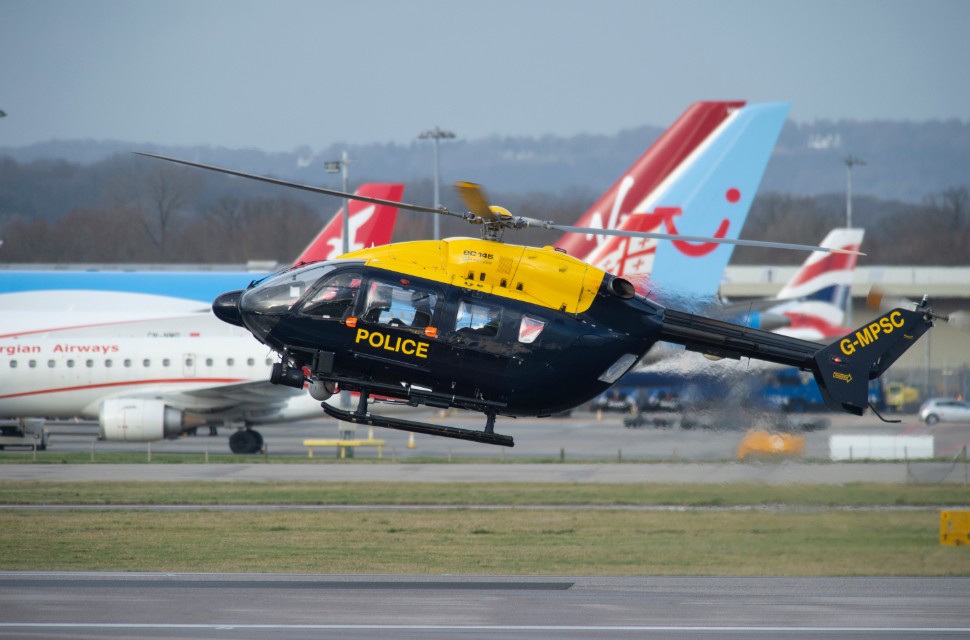 Another expected measure is to grant additional powers to the police to stop and search people suspected of using drones maliciously. There are also calls for mandatory geofencing, which “would safeguard critical airspace around airports from accidental drone incursions. We believe this is the most effective way to ensure that unsafe drone use does not have major consequences,” says Dee.

The UK cockpit union, BALPA, has insisted that while it is not anti drones, the safety of aircraft and occupants must be the priority.

More active counter-UAV technology has been an industry talking point for the past few years. But as the Gatwick event illustrates, implementation by airports had arguably not been taken seriously enough, at least as of the end of 2018.

As an emergency measure, a Leonardo Falcon Shield counter-UAV system was deployed to Gatwick by the Royal Air Force (RAF), which has previously tested the UK-made system. Details of its operation at Gatwick in the days following the airport disruption have not been revealed, but Leonardo states: “By operating the [Falcon Shield] system, the RAF confirmed to Gatwick airport operating authorities the absence of any ‘hostile or malicious’ drone activity.

“From the point at which Falcon Shield was deployed and operating, the RAF was able to report an absence of drones, enabling the airport to continue or resume operations. Throughout the period 21-24 December, Falcon Shield continued to provide assurance to the airport authorities that aircraft could safely take off and land.” 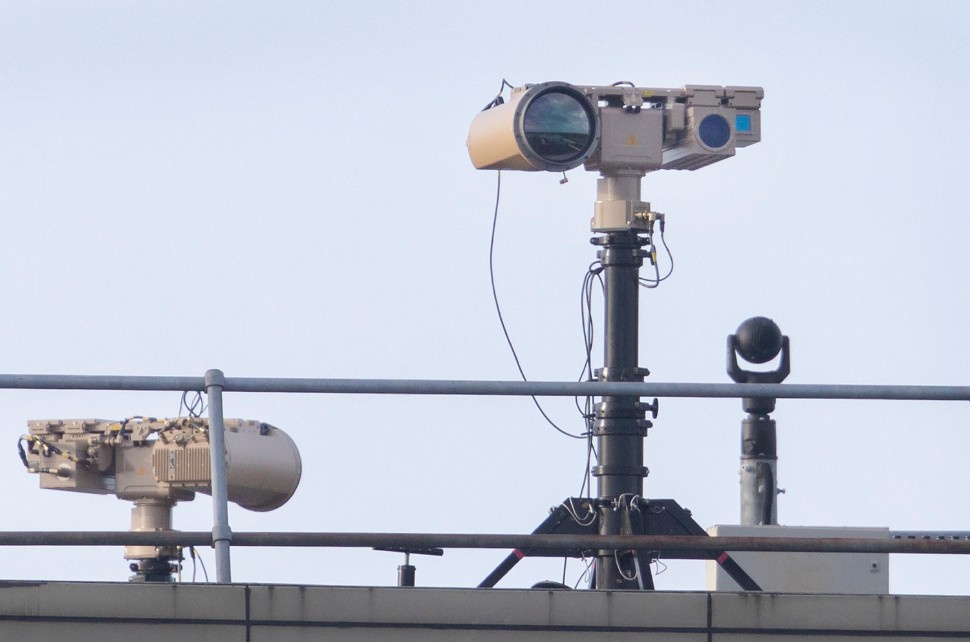 Leonardo Electronics vice-president sales Paul Burt tells FlightGlobal the RAF completed a Falcon Shield test programme in 2018. He notes that the company was not specifically targeting the airport market prior to the closure at Gatwick, but there has been a boost in interest from this market since the event.

Since the December disruption Gatwick has contracted the AUDS (Anti-UAV Defence System) consortium of three UK companies to provide a counter-UAV system which, says AUDS, promises to “detect, track and defeat a drone inapproximately 15 seconds at a range of up to 10 km [5.4nm]”.

An effort that may be specifically tailored to airport security is Geosafe, an initiative led by the SESAR Joint Undertaking behind Europe’s next-generation air traffic management initiative. Geosafe is managed by Thales; partners include Aeromapper, AirMap, Airmarine, Atechsys and SPH Engineering.

A one year, 280-flight test campaign will work with 16 types of UAV, including fixed-wing, unmanned helicopters and multirotors. According to Thales, the UAVs being tested by U-Space will weigh between 1kg (2.2lb) and 25kg and will vary in size from 20cm (7.8in) up to 2m.

U-space will explore techniques for keeping drones out of certain areas, and also for “caging” them in. This “geocaging” effort is being undertaken with the French civil aviation authority, DGAC.

Ultimately, these European programmes aim to help authorities and industry define regulations and technologies. According to Thales: “The objectives of Geosafe are to establish state-of-the-art geofencing solutions regarding U-space regulation and to propose improvements and recommendations for future geofencing system definition.

“Thales aims at providing solutions for safe and secure drone operations, and geofencing is among the key solutions.” 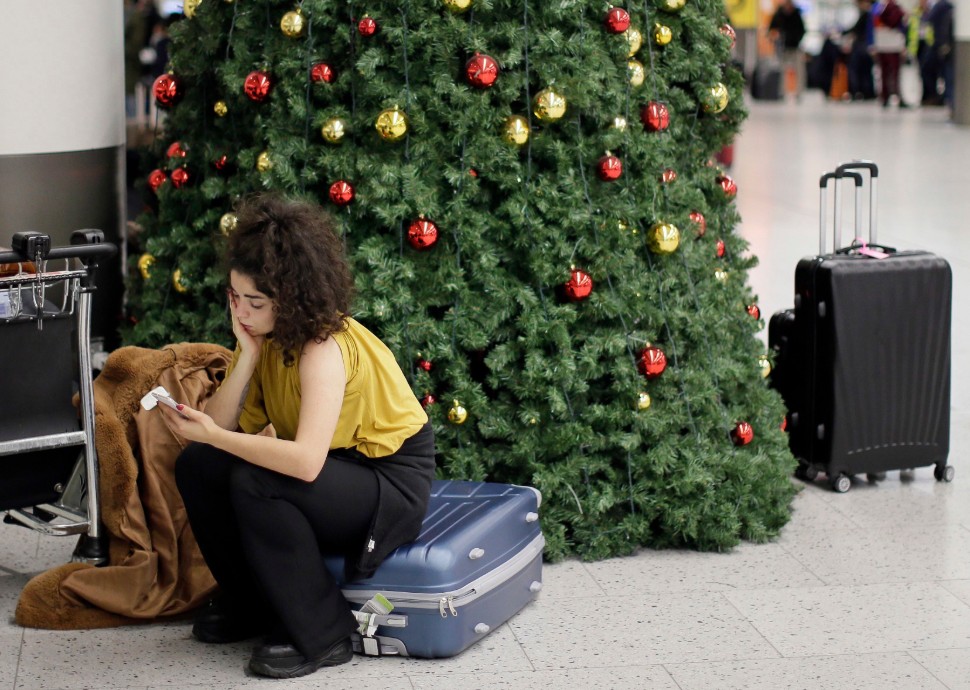