As the industry gathers at AIX 2019, we examine how the upgrade by Bombardier and supplier Safran Cabin of the CRJ900 interior not only keeps pace with passenger expectations, but makes best use of all available space

Adding baggage capacity is one important way for regional airlines to meet passengers' evolving demands – and has prompted Bombardier to contract Zodiac Aerospace to modify the cabin on the CRJ900 series with enough overhead compartment space to fit the wheels of most roller luggage.

Upgrades such as that for the Atmosphere cabin on CRJ900s are part of a strategy by Bombardier and Safran subsidiary Zodiac to make the aircraft a more convenient and competitive regional flight option. Passengers fly on the CRJ900 for 1h on average, but Atmosphere in intended to deliver an experience more akin to that on widebody during longer flights across oceans, says Bombardier CRJ programme director Jean-Francois Guay.

"Atmosphere demonstrates where the industry is going," Guay says. "What we're experiencing in our conversations with airlines during the past 18 months is, they are seeking a common passenger experience across their fleet, and that is becoming a greater focus in regional flight."

The CRJ900 first flew in 2001, and Bombardier says a CRJ-series aircraft departs every 10s on medium-haul routes. Today, 430 of the 75- to 90-seat type are in service with 18 carriers, according to Cirium's Fleets Analyzer. The Montreal-based airframer sees passenger service upgrades as a chance to extend the service of those fleets. The CRJ900 has much in common with its CRJ siblings, so Guay says the next step for Bombardier is to offer Atmosphere cabins on new CRJ700s and the CRJ1000s.

And if there is sufficient demand for cabin upgrades from airlines that own CRJ900s, Bombardier may look to offer Atmosphere cabins as a retrofit option for older CRJs, Guay says.

The response from passengers will help determine the demand for Atmosphere, as they experience the cabin more often during the next few months when new CRJ900 aircraft are delivered. So far, Guay says: "We've gotten positive feedback that we were right with the design."

American Airlines at the end of 2018 had 118 of CRJ900s in its fleet and has ordered 15 new examples valued at $719 million, with the option to buy an further 15. Guay says delivery of the first 15 will be completed before June. 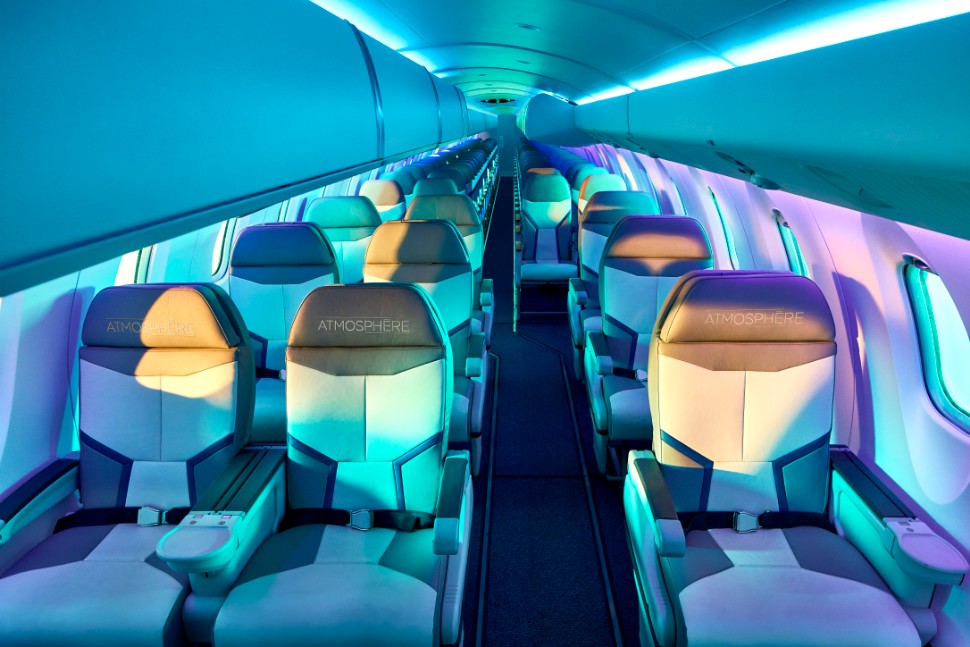 "Regional aircraft help connect our customers to flights all over the world, and we definitely see those aircraft as an important, high-quality part of our offering," says American. "Some attractions for us with the new Atmosphere interior included the full-colour LED mood lighting and bigger overhead bins."

Making CRJ aircraft more competitive against rivals including Embraer E-Jet family is a high priority for Bombardier, following the company's sale of a controlling stake in its CSeries programme in 2018 to Airbus, which has rebranded it as the A220. As of March, the CRJ900 backlog totalled just 52, compared with 200 orders for the Embraer E175, according to Fleets Analyzer.

Four CRJ900s will also be delivered in 2019 to Uganda Airlines. Guay says Bombardier is seeking more sales outside North America, in part because the USA is "a replacement market” for regional routes. China is ordering more passenger aircraft to expand service, he notes.

"We are seeing in China a bigger focus on secondary and tertiary-level cities in the country, which is great news for us because we have a regional aircraft," he says. "There are a lot of places in Asia that see the value of regional flight. Southeast Asia for sure." Bombardier predicts that the worldwide regional jet industry will deliver 3,000 aircraft during the next 20 years. 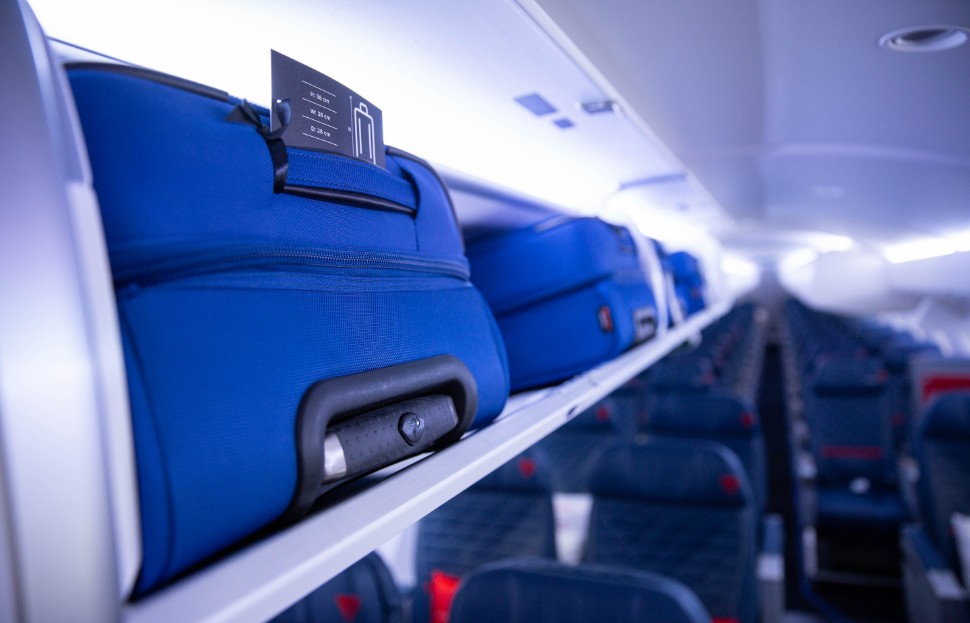 Whatever the demand for CRJ900s, Guay is confident in Bombardier's capacity to deliver orders, now that Zodiac has been acquired by the larger Safran. That deal, completed last year, created a comprehensive aircraft interiors business unit with a design heritage that spans interiors for every previous series of the CRJ going back to the CRJ100 series, which first flew in 1991. Since becoming Safran Cabin at the end of 2018, the CRJ team from Zodiac has had access to Safran's research and development networks.

Keeping the Zodiac team for CRJ interiors made it easier for Bombardier to manage the Atmosphere redesign – without, for example, having to educate a new supplier about the location of cables and other systems on the aircraft, Guay says. It also means Bombardier "can work faster" when co-ordinating with Safran Cabin to deliver components for new CRJ orders, he adds.

Bombardier first showcased the Atmosphere cabin as a concept in 2017, both to compete and to meet the evolving needs of passengers. Airframers upgrade cabins every 10 to 15 years, he says, as was the case with the last upgrade of the CRJ900 a decade ago. "We're probably going to have to readjust the cabin in another 10 years to account for how the market changes," Guay says.

Shifting expectations for digital services are examples of vast air travel changes during the past decade. In-flight entertainment screens in seatbacks are not included as part of the Atmosphere interior because of the short average duration of flights on the CRJ900, Guay says, adding: "A trend across different types of flights is that passengers want to use their own device."

Air-to-ground wireless service on the aircraft supplied by Chicago-based GoGo provides bandwidth for passengers to watch video or listen to music while nesting their devices in pockets around the seats, with power provided by Honeywell auxiliary units.

Designers working on Atmosphere faced the challenge of increasing space for passengers and their baggage while working within the confines of the CRJ900 airframe. A notable Atmosphere feature is the aisle, which is off-centre in the business-class section – with its three seats per row, in a one-two arrangement – but runs down the centreline in the two-by-two economy cabin.

Atmosphere cabins have wider entrances and aisles than the previous CRJ900 cabin design, which "delivers a great first impression as passengers enter the aircraft", says Christian Rheault, chief of strategy for the CRJ programme at Bombardier.

Full mood lighting throughout the cabin is provided by Texas-based supplier Luminator Technology Group. Ambient lighting is a feature which each airline customises, often with a colour palette co-ordinated with its brand. During overnight flights the crew can switch to sleep ambient lighting, for instance. Safran Cabin designed and produced most of the interior features in the Atmosphere cabin in-house. Designers shrank the depth of the galley so it would encroach less on the aisle, but extended the length, so cabin crews could offer the same service.

Feedback from airlines highlighted two trends that influenced the Atmosphere project: passengers are growing taller, and aircraft should adapt to various mobility challenges.

Bombardier bills the forward lavatories on Atmosphere cabins as the first on regional aircraft designed for people with reduced mobility, including disabled passengers, pregnant women and mothers breastfeeding babies. Designers increased the depth of the front lavatory to align with the two-seat side of the aisle in business class and created 60% more room than the previous CRJ900 cabin, including ceilings that are 7.6cm (3in) higher.

"Lavatories with more floor space that are wider, deeper and have higher ceilings will become a standard passenger expectation," says Patrick Baudis, head of marketing at Bombardier.

The asymmetric aisle with two-by-one seating also left depth open for designers to relocate the hinges on overhead baggage bins in the business-class section so three roller bags can fit in them wheels first, offering 50% more luggage space than the previous design. Economy-class bins can fit 40% more – two roller bags per bin, by packing them sideways.

Making these overhead bin adjustments "allowed us to eliminate entirely the 'micro-bin' on the left side of the cabin, improving the space impression and headroom" of the cabin, says Nathan Kwok, vice-president of marketing at Safran Cabin.

"In all areas of the cabin, the bin hinges are integrated into the panel itself and don't protrude as much into the bag space," Kwok says. "This was a part of a fresh look at how items are packaged, finding many small ways to gain space." 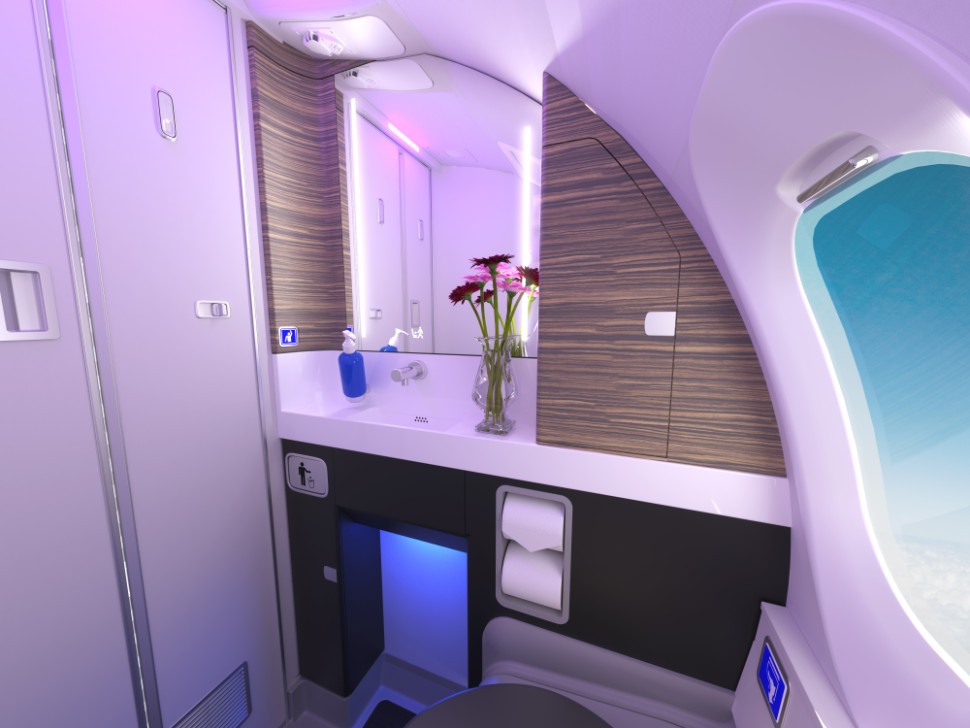 Mood lighting in the lavatory 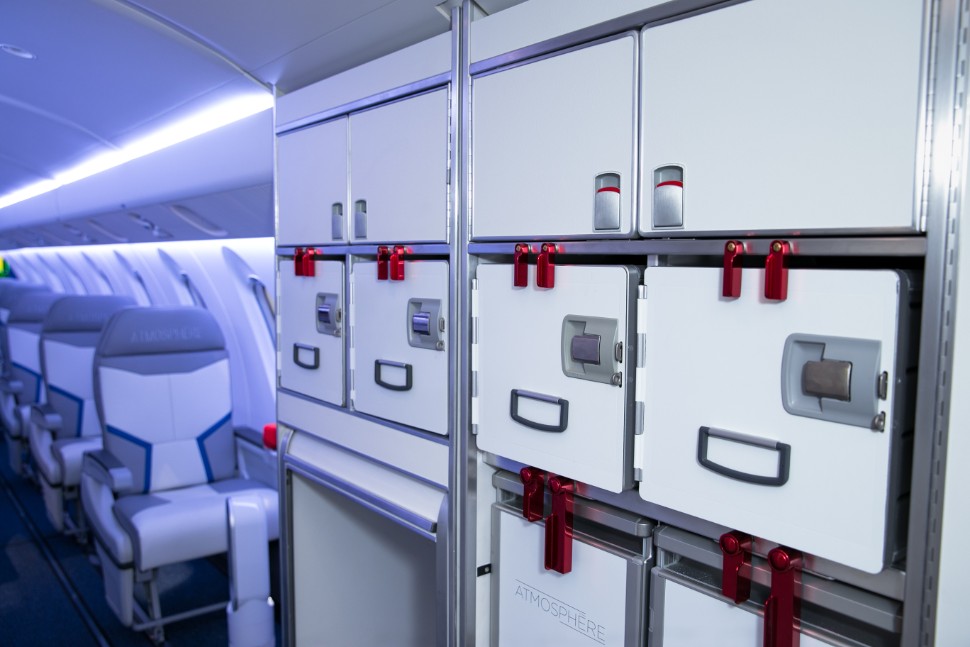 The galley is shallower and longer to maintain service capacity