Older aircraft types are likely to be the biggest casualties as the airline industry begins recovering from the coronavirus pandemic, despite the prevailing low cost of fuel.

That is the view of analysts at aviation consultancy Ascend by Cirium, speaking during a company webinar this week.

“Four-engined widebody jets” are likely to bear the brunt of the crisis, says Ascend by Cirium’s global head of consultancy, Rob Morris. “The passenger [Boeing] 747 is probably at the end of its line. The [Airbus] A340-600 is also threatened.”

Morris adds that the Airbus A380 “has shown itself to be remarkably inflexible. So, that’s put it in a difficult position. Maybe mid-life single-aisles are quite threatened as well.” 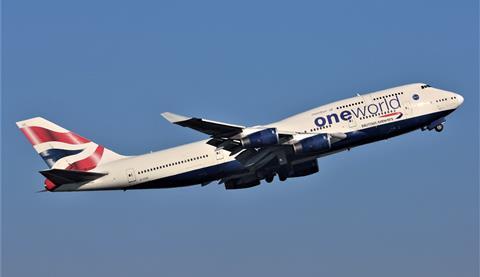 Ascend’s head of valuations, George Dimitroff says mid-life twin-aisle aircraft like the A330, 767 and 777 Classic are “probably more threatened, because as traffic returns we see single-aisles return to service first, followed by twin-aisles.”

Both analysts believe airlines should resist the temptation to take advantage of the current cheap oil situation by returning older, inefficient types to service rather than moving to newer more-expensive metal.

“We don’t know how long the low oil price is going to stay as low as it is,” says Dimitroff.

“If airlines can get financing…then they have an opportunity to future-proof themselves now if they can acquire new-technology, fuel-efficient aircraft at a low-enough price, because all values are coming down [as a result of the pandemic].”

Morris believes that despite the current financial crisis, the industry must also not ignore its commitment to continuously improve its environmental credentials.

“At the start of the year, before COVID-19, we thought the environment was going to be the issue of the year. That doesn’t change just because we have a globally threatened economy,” says Morris.

“As airlines discuss recovery packages with governments, we’re already starting to hear environmentalists chipping in, quite correctly, about the fact that we’re just creating this potential subsidy for airlines that, with low oil prices, might think about keeping older aircraft for longer.

“Newer aircraft are more 15% efficient. So there’s the opportunity to future-proof from an environmental perspective too,” adds Morris.

He believes any influence of cheap oil on airline strategy is a bit of an anomaly at the moment: “Many airlines are hedged and not benefiting from oil prices right now.”