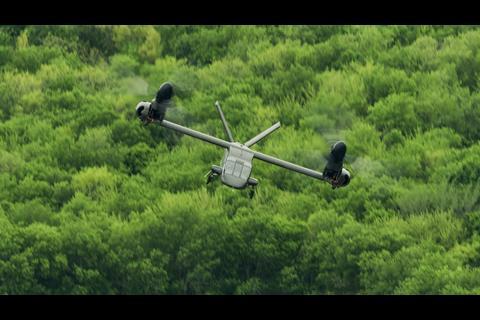 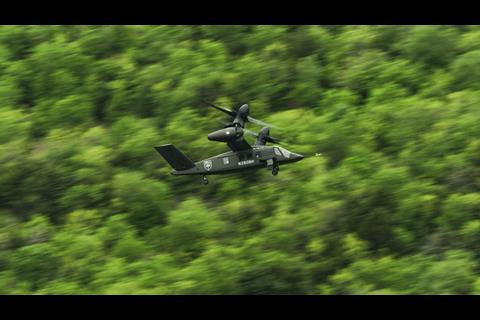 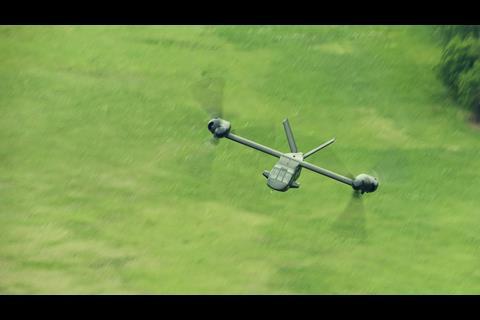 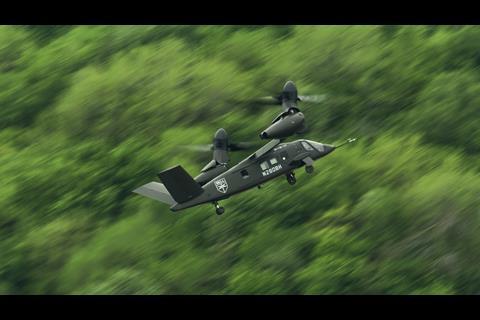 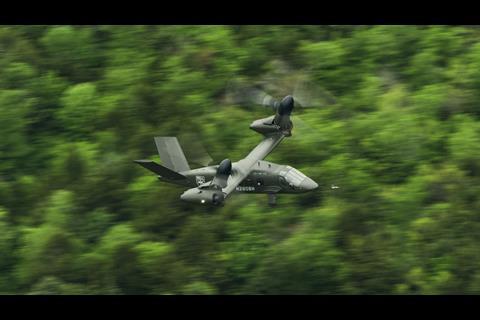 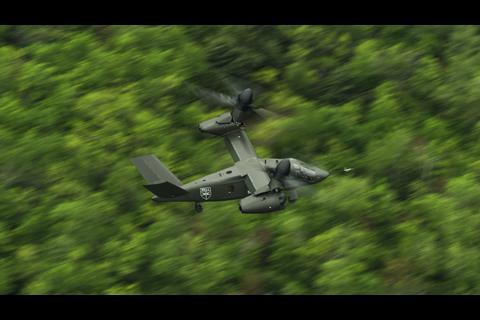 Bell has finished its flight-test programme of the V-280 Valor tiltrotor ahead of the Future Long Range Assault Aircraft (FLRAA) request for proposals that is anticipated to be released by the US Army this summer.

The demonstrator aircraft accumulated 214h of test flying over the past three years, the company said on 22 June. The tiltrotor was developed and tested in coordination with the US Army as part of its Joint Multi-Role Technology Demonstrator and Competitive Demonstration and Risk Reduction programmes.

Demonstration efforts were precursors to the formal FLRAA competition to find a replacement for the service’s Sikorsky UH-60 Black Hawk utility helicopter. A competing Sikorsky-Boeing team built and flew the SB-1 Defiant, a co-axial helicopter with a pusher propeller, for the demonstration programmes. The Sikorsky-Boeing team has not announced an end to flight testing the SB-1.

Production aircraft proposals based on the V-280 and SB-1 are expected to compete in the upcoming FLRAA acquisition competition.

The US Army wants FLRAA to have a maximum cruise speed of 280kt (519km/h). It also wants the aircraft to have an unrefuelled combat radius of 300nm (556km), and a one-way unrefuelled range of at least 2,440nm.

Speed and range are meant to make the rotorcraft more useful in possible fights against China across the long distances of the Pacific Ocean. The rotorcraft is to have similar roles to the UH-60, including air assault, maritime interdiction, medical evacuation, humanitarian assistance, tactical resupply, and combat search and rescue missions.

Bell has argued that the V-280’s higher cruise speed makes it superior to the SB-1.

“The FLRAA challenge presented by the US Army was unattainable using helicopter configurations,” says Keith Flail, executive vice-president of advanced vertical lift systems at Bell. “We assessed several vertical lift technologies and determined the tiltrotor to be the only solution to the agility, range, and speed requirements of a Long Range Assault Aircraft that can meet the cost, timeline, and risk profile required for a successful acquisition programme.”

For its part, the Sikorsky-Boeing team argues the SB-1’s smaller size and co-axial rotor, pusher propeller configuration makes it more manoeuvrable during the take-off and landing phases of flight.

The US Army wants to equip its first unit with FLRAA no later than 2030.