The Federal Aviation Administration has issued wide-ranging recommendations aimed at ensuring airline pilots are properly trained to effectively manage highly-automated modern aircraft, without relying too much on technology.

Released on 22 November, the report is an FAA response to provisions in a 2020 law that stemmed from two deadly 737 Max crashes. It also addresses concerns highlighted by the deadly 2013 crash of an Asian Boeing 777-200ER.

The report is an Advisory Circular that specifically addresses “flightpath management” – a broad term meaning the planning, execution and assurance of proper aircraft trajectory and energy. 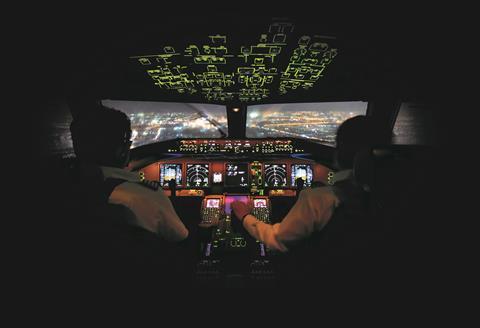 “Flightpath management is especially important in operating airplanes with highly automated systems,” the FAA says. “Even when an airplane is on autopilot, the flight crew should always be aware of the aircraft’s flightpath and be able to intervene if necessary.”

The report includes no requirements.

Instead, it provides “guidance and recommendations” to airlines – “a framework for operations and training programmes”, the FAA says. “It will help pilots develop and maintain manual flight operations skills and avoid becoming overly reliant on automation.”

It notes today’s pilots, due to automation, spend relatively little time manually flying aircraft, and that degradation of such skills can contribute to accidents. The report recommends airlines’ training programmes “promote the development and maintenance of” manual flying skills, and that airlines ensure pilots can adequately address emergencies while manually flying.

Airline operating policies should also encourage pilots “to manually fly the aircraft, including, at least periodically, the entire departure and arrival phases and potentially the entire flight,” the report says.

It recommends airlines place special emphasis on training pilots to properly interact with automated systems, ensuring they understand known system failures and specific flight situations during which such systems should not be used due to the risk of such failures.

“Training on failures should consider operationally relevant situations and should include failures of items that provide input to the automated systems,” the document says. “Examples include situations where assessment is difficult, situations where recovery is difficult if not properly recognised, and conditions that do not have a checklist.”

The document urges airlines to ensure training adequately addresses the critical pilot function of flight-path and flight-deck monitoring. Pilots should be trained in “progressive intervention strategies” – meaning how they raise concerns with copilots. Such strategies should involve communicating flightpath deviations, suggesting corrections, and “then directly intervening”, such as by taking the controls.

The FAA recommends airlines work to ensure pilots are skilled in “energy management”, meaning planning and controlling speed, altitude, thrust and trajectory. Such training should address specific flight scenarios, such as lightweight take-offs, low-altitude level-offs and flying at an aircraft’s maximum allowable altitude, it says.

The 2020 law established numerous requirements intended to improve aircraft safety in the wake of 737 Max crashes in 2018 and 2019. It required a review of the FAA’s certification programmes and included provisions intended to improve pilot training and proficiency. Pilot-performance concerns arose following the two Max crashes. Investigators attributed the accidents to a failed flight-control system but flagged pilot missteps. 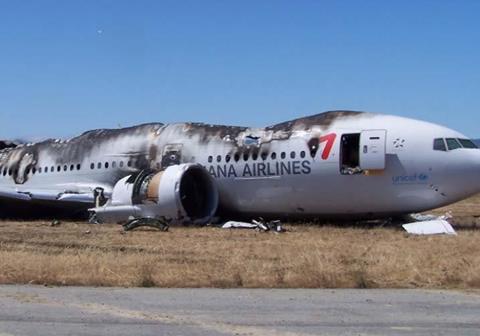 “Flight path management is at the core of the concern that I have,” former FAA administrator Steve Dickson said in 2021.

The FAA says its new training guidelines also address a recommendation made by the National Transportation Safety Board (NTSB) in response to the 2013 Asian crash at San Francisco, which left three people dead. The NTSB attributed that accident to crew failures – specifically, a pilot’s false assumption about the function of the jet’s auto-throttle.