Embraer continues to explore the development of a turboprop airliner, and in particular sees opportunities for a prospective new type in the Asia-Pacific.

Arjan Meijer, president and chief executive of Embraer Commercial Aviation, reiterates the company’s position that at an announcement about the new programme could come by the end of this year, or possibly early in 2023. 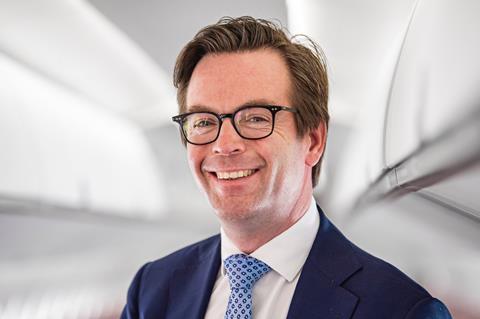 “We’re building the business case and we’re working towards a launch, hopefully at the end of this year, early next year,” he says.

“But the big decision we need to take is the engines.”

While Embraer is clearly serious about a turboprop, Meijer stresses that it is not yet a done deal.

“It’s not a foregone conclusion that we will launch it, because it will depend on whether we can get there with the right engine and the right business case. Second is timing: if we pick an engine which needs more time, then automatically we also have some more time to launch the aircraft.”

Embraer remains in discussions with the major propulsion suppliers. “The engine is all about innovation level, fuel burn, and reliability… the [turboprop], for us, is a huge opportunity here in Asia.”

In the next two decades, Embraer forecasts a global market for 2,260 turboprops, with 900 of these in the Asia-Pacific.

So far, engine makers have received Embraer’s “full deck” of proposals for the platform, and have provided solutions on that basis. The airframer may provide more details on this process in 2022, he says.

Embraer is proposing both 70- and 90-seat turboprops. The pair will use the same fuselage as its E2 regional jet family, which will simplify production and bring an additional level of comfort to passengers through a spacious cabin, says Meijer. Moreover, the aircraft will also be able to use an air bridge.

But while the fuselage will be common with the E-Jet line, a new wing with less sweep will be required in order to accommodate turboprop engines.

The aircraft will also feature an auxiliary power unit, equipment that is not available as standard equipment on the competing ATR aircraft. It will also be able to run on sustainable aviation fuel.

The company sees India, Indonesia and the Pacific islands as having the most immediate potential, particularly for fleet replacement.

Speed will also be a consideration for the new aircraft, but primarily because it will need to fit in with regular airport operations.

“It needs to have the proper climb out speeds so as not to hold back the rest of the traffic,” adds Meijer.