The A319 is painted in the “Red Square” livery used by BEA on European services between 1959 and 1968. During that era airlines like BEA limited their pilot recruitment to men, so Sims is quite possibly the first-ever “BEA” woman pilot. Lynn Barton was the first female pilot employed by British Airways in 1987, and never flew for BEA. Sims talked to FlightGlobal about her experience as a pilot and the future of women in the aviation industry. 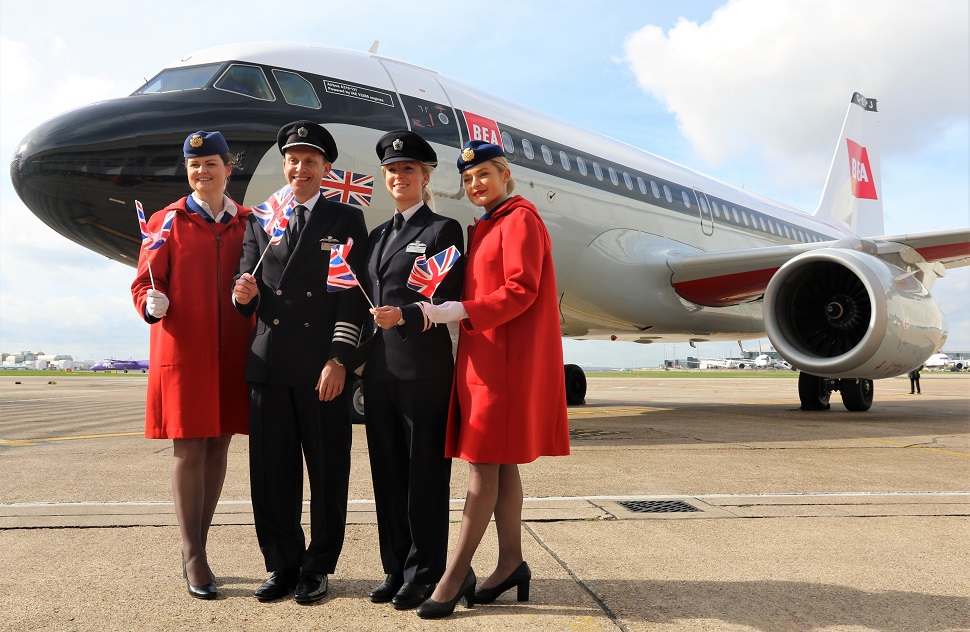