The Irkut MC-21 narrowbody airliner has made its debut at the MAKS air show outside of Moscow on the week of 26 August.

Irkut sent three examples of the aircraft, with FTV-1 performing a flight display in front of Russian President Vladimir Putin and the show’s guest of honor, Turkish President Recep Tayyip Erdoğan, on 27 August. Two other MC-21s were placed on static display. One aircraft was outfitted with a two-class passenger cabin.

The MC-21 programme is still at the certification stage and company officials provided few updates on the airliner’s recent testing milestones. Irkut is pursuing an airworthiness certificate from Russian authorities first. It later plans to submit the aircraft for approval from the European Union Aviation Safety Agency. 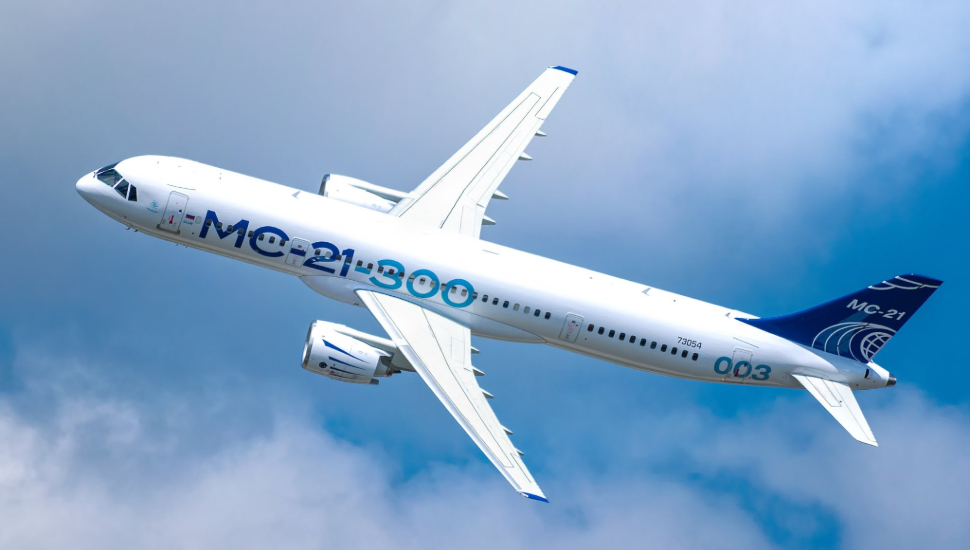 Irkut says it has received firm orders for 175 aircraft, with letters of intent for about 150 aircraft. No new orders were announced at the show. The MC-21 is pitched to airlines as having an operating cost that is 5% to 7% less than Western competitors.

Initial aircraft, including those undergoing flight testing, use Pratt and Whitney PW1400G-JM turbofans. However, Irkut would also like to offer Russian-made Aviadvigatel PD-14 turbofan engines. Its fourth test aircraft, which is being assembled, will have PD-14 engines.

The company believes it can boost the production capacity of its Irkutsk Aviation Plant to 72 examples of the MC-21 per year. The Irkutsk plant in southeastern Russian historically has produced military aircraft, such as the Sukhoi Su-30МК and Su-30SM fighters, as well as the Yakovlev Yak-130 and Yak-152 trainers.