Aerospace industry representatives are urging ICAO to prioritise international standardisation of certification and operation of firefighting aircraft, arguing that greater flexibility is needed as climate change threatens to prolong and intensify wildfire seasons.

While the requirement for aerial firefighting capability is rising, the International Co-ordinating Council of Aerospace Industries Associations believes the regulatory regime has “become a bottleneck” – even though modifications to enable aircraft to take on a firefighting role are not necessarily technically complex.

“Lack of a common approach to certification, validation and operation of these aircraft has led to jurisdictionally-unique and often cumbersome regulatory approval processes, often resulting in impractical limitations for the missions intended,” the council claims in a paper submitted to the upcoming ICAO Assembly in September.

This makes transfer between countries “extremely difficult”, it adds, and “often financially unviable” for aircraft producers. 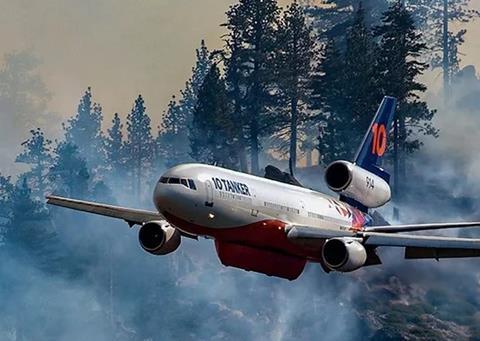 Operation of such modified aircraft also demands special consideration, the paper states, because normal limitations could prove impractical for firefighting.

Adapting aircraft to a firefighting role might require deviations to requirements, relating to such issues as angle-of-attack, loading, water-scooping, and crashworthiness.

If special conditions are drafted for these requirements, their “unique, one-off” nature is “highly prone” to meet resistance – and perhaps demands for an alternative – from an importing authority, the paper says.

Without a standardised approach to adapting certification and operational rules, one jurisdication will typically customise solutions.

“This customisation tends to warrant extensive scrutiny and often rework when an aircraft is exported to another country or jurisdiction,” the paper says, adding that this becomes prohibitive given the relatively small size of the market for aerial firefighters.

Enhancing ICAO’s airworthiness standards in Annex 8 to the Chicago Convention, says the aerospace council, would assist certification recognition and transfer of various firefighting aircraft and helicopters.