UK secretary of state for transport Grant Shapps has warned that the aviation industry will lose its “permission to fly” if it does not act to address its environmental footprint.

Shapps was speaking at the Farnborough air show on 19 July, where he launched the UK government’s “pitch to get to net-zero CO2 emissions” with its new Jet Zero Strategy.

That strategy commits, among other things, the country’s domestic aviation sector to achieving net-zero emissions by 2040, and for the entire industry to immediately stay below pre-Covid levels of CO2 emissions on its journey to net-zero for all flights by 2050.

Asked whether airlines in particular are right to be concerned about the potentially higher costs and taxes that might come from the net-zero effort, Shapps was unequivocal that the industry has no alternative but to act. 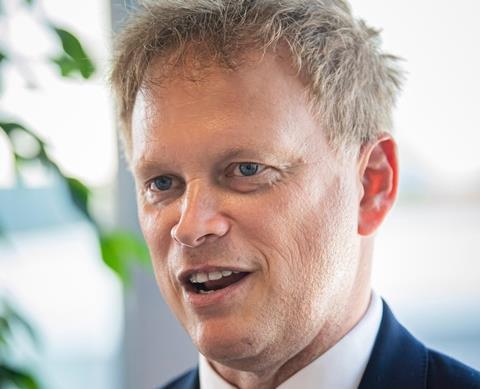 “The cost of not doing it is hugely higher because we will essentially lose permission to be able to fly if we don’t do this,” he says.

“It will be basically unacceptable to have an entire sector of the economy where people are just pumping out CO2 without any thought,” Shapps continues. “Over time that is going to become less and less socially and probably legally acceptable.

“So it’s not like we have an option, we do have to address this.”

And in Shapp’s opinion, the UK has positioned itself “ahead of the game” when it comes to addressing aviation’s sustainability challenges.

“We’re fortunate in the UK that we thought of this three years ago when we were inventing the Jet Zero Council, and for two-and-a-half years we have been working with academia, with industry, with government very closely together, which is what has led to the strategy today.”

The UK’s early mover advantage is something it should continue to leverage, he suggests.

“We’re very keen to keep ourselves there,” Shapps says. “And we’ll not only benefit from that guilt-free, jet-zero flying, but also from all the jobs that will come from it.

“We invented so much of aviation – it’s time for us to invent the next phase of aviation as well.”