While not selling in the same quantities as their lighter siblings, light-twin helicopters play a significant role in society, notably in law enforcment and emergency medical services missions.

Airbus Helicopters’ German civil production is devoted to two types in the light-twin segment which continue to go from strength to strength. The smaller of the two is the H135, which in November 2020 passed the 1,400 delivery mark with a handover to French operator Mont Blanc.

Since its introduction in 1996, the H135 has been through numerous iterations, with the latest standard including the manufacturer’s Helionix avionics suite and a four-axis autopilot. It holds an impressive 25% share of the emergency medical services market, in which almost 650 examples of the type are operated.

This year, the H135 became available as either 2,980kg (6,570lb) maximum take-off weight or 3,100kg alternate gross weight variants. Endurance also increased by 40min and range by 75nm (140km). Power on the light-twin comes from either the Safran Helicopter Engines Arrius 2B2plus or Pratt & Whitney Canada 206B3. Although the majority of H135s are built in Germany, assembly of the type is also taking place in Qingdao, China. 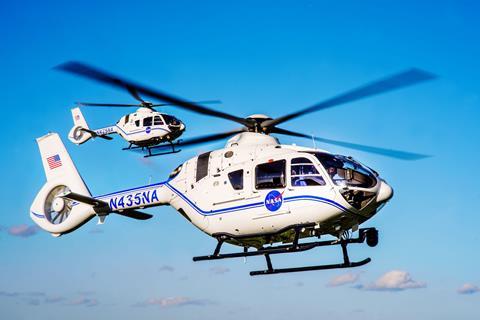 H135 is built at Donauworth plant in Germany

But arguably the manufacturer’s success story at the moment is the H145. Consistently strong orders of the 3.8t platform have led Airbus Helicopters to label the platform as its “best-seller” and this year it gained a further edge with the service entry of the new D3 variant which features a five-bladed main rotor. European approval of the modification was obtained in June and was followed in late November by US certification. The additional rotor blade and changes elsewhere in the helicopter lift useful load by 150kg. 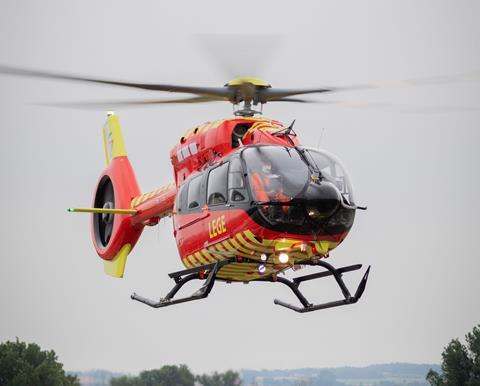 Leonardo’s presence in the segment is confined to the AW109, which is available with wheeled landing gear as the GrandNew, or equipped with skids in its Trekker guise. The latter variant scored its first win in the USA in 2020 with a contract from Life Link III, an emergency medical services operator in the upper-Midwest, covering Minnesota and Wisconsin. In addition, the type also won its first success in France, securing a contract to serve Rouen hospital in Normandy.

To date, around 70 examples of the light-twin have been sold. Powered by the same Pratt & Whitney Canada PW207C engines, and equipped with a Genesys Aerosystems glass cockpit, the GrandNew and Trekker are largely identical, with the performance difference confined to a 25kg lower MTOW for the latter. 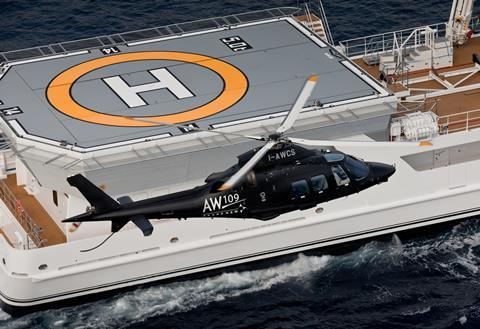 Bell competes in the light-twin market with the 429, which is powered by a pair of Pratt & Whitney Canada PW2017D1 engines, each rated at 600shp (450kW) at take-off power. While there have been few developments to the basic helicopter this year, Bell has been testing a new tail rotor architecture on a 429 prototype. The Electrically Distributed Anti-Torque (EDAT) system – which comprises four electrically powered fans in the tail – has been tested at the company’s Mirabel plant in Canada.

The EDAT stops moving once the aircraft is on the ground, reducing danger to bystanders, says Bell. It also costs less to operate, has fewer mechanical components and is significantly quieter. Moreover, because it is turboelectric-powered, instead of shaft-driven, it reduces the helicopter’s carbon emissions, the company says. 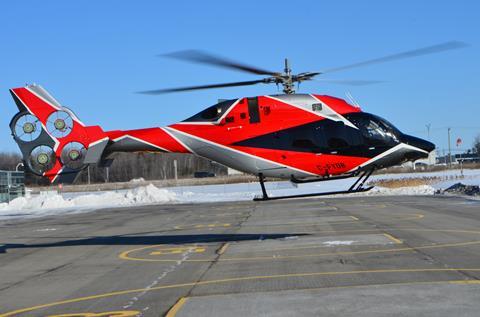 Bell has been developing electric tail rotor system on 429

Russian Helicopters, an enduring presence higher up the weight range, is beginning to see success with the Kazan Ansat light-twin, notably in the emergency medical services segment. In some ways the Ansat is an outlier in the Russian Helicopters line-up, featuring an engine from a non-domestic supplier – the Pratt & Whitney Canada PW207K.

With a maximum take-off weight of 3.6t, the Ansat can typically accommodate seven passengers. While most deliveries to date have been within Russia, in November 2020, the manufacturer announced the initial handover of the type in Europe – the first of three units to Republika Srpska. Other modifications to the Ansat this year include the development of modules to allow the transport of coronavirus patients and infants, plus Russian certification of an emergency floatation system. China has also validated the light-twin, allowing deliveries to start of 20 examples for the country’s disaster relief authority.

Russian Helicopters has developed the “Aurus” VIP cabin for the Ansat – seating two VIPs and three other passengers - which was approved by Russian regulators in early 2020. Also in the light-twin segment is the Kamov Ka-226T. Powered by a pair of Safran Helicopter Engines Arrius 2G1s and using a coaxial rotor system, the rotorcraft has a maximum take-off weight of 3.6t. Very much a utility workhorse, Russian Helicopters is committed to building the Ka-226T in India as part of an offset contract. 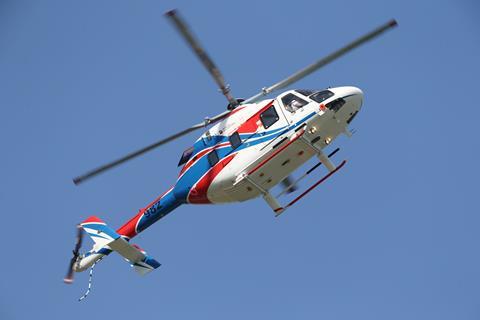