In entry-code-controlled laboratories within Honeywell’s Deer Valley site, near Phoenix, and in other locations in the USA, China, the Czech Republic, and India, engineers are working on advanced technologies to make aviation safer, cleaner, more comfortable, and more connected. Some, such as scaled-down avionics and navigation systems needed to allow vertical take-off and landing (VTOL) platforms to operate autonomously or semi-autonomously over crowded cities, could even help completely transform the way we commute to work or travel for leisure. 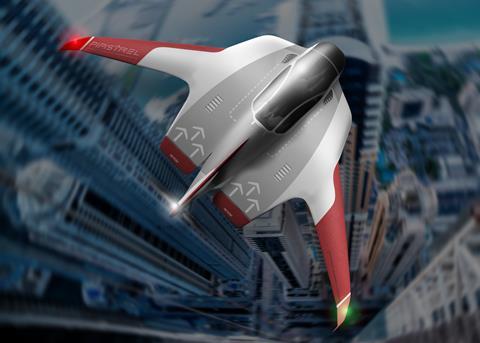 Pipistrel is among a new breed of customers

Veteran vice president Mike Stewart heads the advanced technology unit, a team of hundreds of engineers within Honeywell Aerospace focused on discovering and developing the transformational technologies of tomorrow. His activities are part of a wider push by Honeywell chairman and chief executive Darius Adamczyk and his board to drive organic growth through “breakthrough initiatives” and by setting up half a dozen or so “greenhouse” incubators to develop disruptive products outside the group’s core markets in the manner of a semi-independent start-up.

Stewart’s team will often approach a project by looking at a particular problem and tasking themselves with finding a solution – something that might typically take between five and eight years from initial concept to a technology that can be offered on the market. One such challenge was that of small VTOLs being able to detect and avoid potential low-altitude hazards, such as birds, tiny drones or balloons, in crowded urban environments.

The RDR-84K solid state radar – about the size and weight of a paperback book, and lighter, less complex, and more affordable than conventional radar – could be an answer for that emerging market. Newly developed by Stewart’s advanced technologies team, it uses multiple, high frequency beams to scan and receive returns from surrounding objects over ranges up to 5,000m. “There has been a lot of interest in that product,” says Stewart.

At the Deer Valley facility, engineers are also looking at a possible helicopter pilot training application for a product developed for Honeywell’s building technologies business. Employees being trained for roles in plants and warehouses wear a virtual reality headset – that uses Microsoft’s HoloLens self-contained holographic computer – to simulate various activities in a plant. In the aviation scenario, students would sit at a simple console, rather than an actual flight simulator, with the headset connected to the control stick to create a 160-degree flight simulation.

“There are no independent avionics systems on the market today that can help avoid runway accidents and collisions,” says Stewart, who notes that SURF IA is the latest Honeywell product that sees the business “pioneering accident prevention through better pilot awareness, less latency in decision making, and quicker actions”. SURF IA – which follows previous Honeywell safety software initiatives such as Enhanced Ground Proximity Warning System (EGPWS), SmartRunway and SmartLanding – “allows us to take our existing technology a step further by helping reduce the risk of an incident with other aircraft on the runway”, he says.

Such pieces of software can really make a difference. Before Honeywell introduced its breakthrough EGPWS in the 1990s, controlled flight into terrain accidents occurred roughly one time in every three million flights. The widespread deployment of EGPWS reduced that incidence to one in 20 million. Honeywell’s advanced technology initiatives continue to be at the forefront of efforts not just to make aviation safer, but less impactful on the environment, and with the potential to go on changing our lives for the better.